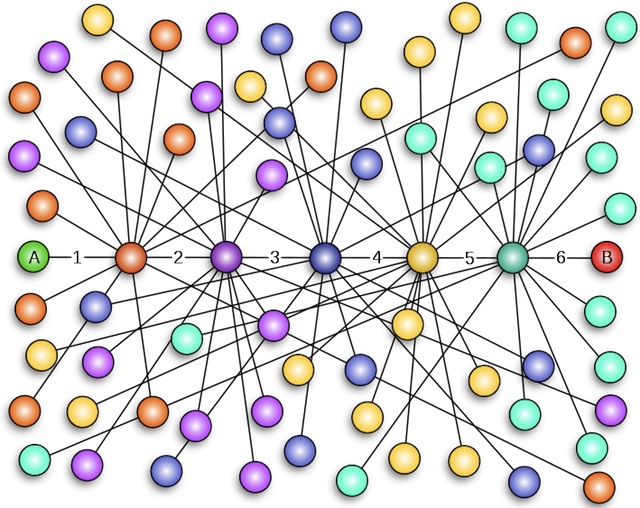 The next thing that brings Chicanos together, he said, is the obsessive use of social media like Facebook to overshare with as many people as possible. According to Pérez, this brings the degrees of separation down to just two. And Chicanos’ love of smart phones makes these connections instantaneous.

“Like, seriously, do I really need to know what you ate for lunch or where you spat your gum out?” asked an indignant Pérez, as he updated his Facebook status with the same question. “Seriously!”

But what ended up eliminating that last degree of separation in Pérez’s equation was hard to quantify:

Chicanos tend to gravitate to where they can get free food, drinks or products. This means they will go anywhere — or talk to anyone — in order to get some free pista or chow.