Yes, we know the TacoCopter, the food-delivering unmanned aerial vehicle, was a gosh darn internet hoax, but this new Burritob0t with a web page and tech specs and photos filled with truthiness is the real thing. We swear!

The system will let you use your iPhone to order different condiments and toppings. Sliders control the amount of salsa, guac, and crema. It uses a Thing-o-matic and is currently in beta form, so don’t expect it to make you a burrito anytime soon.

Its creator, Marko Manriquez, is a student at the Tisch School of the Arts at NYU and this is part of his Master’s Thesis. Remember back when you wrote your thesis? About politics or some junk? Yeah, you should have picked the “build a freaking burrito robot” major. You wouldn’t be an accountant right now. 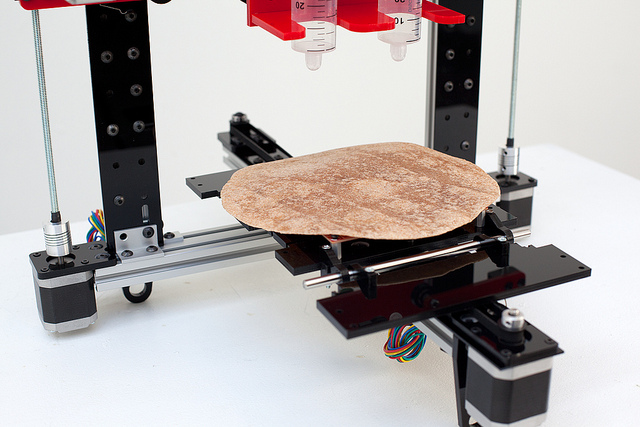