Mas…La Cucaracha: Yo! This is Crazy Rascals M.C. territory! 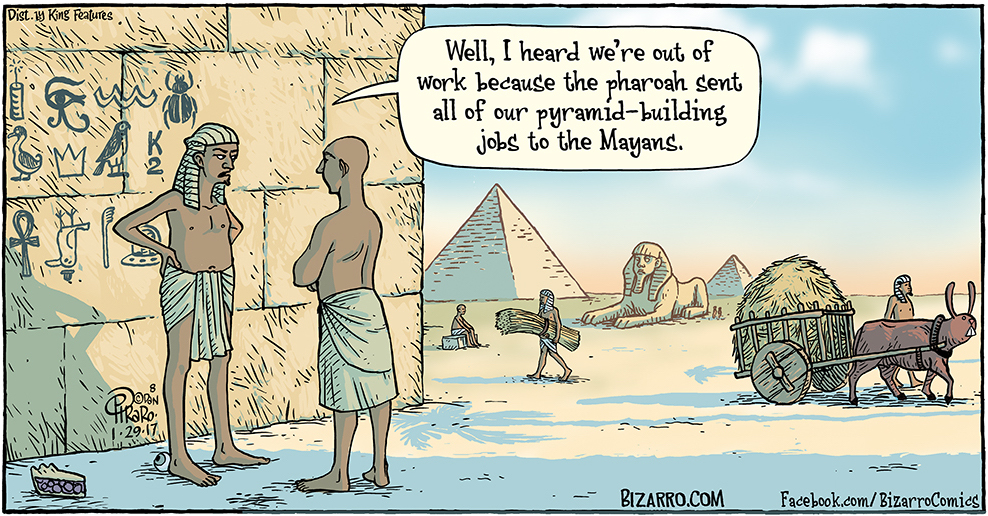 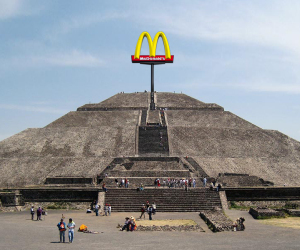 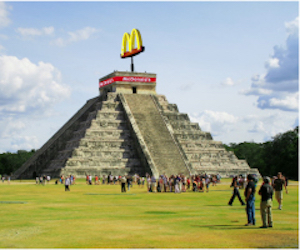 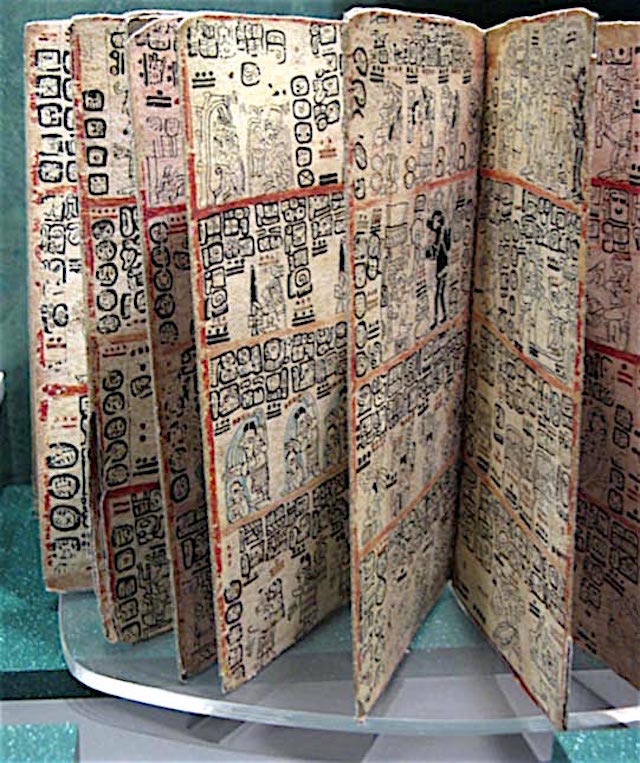 A death whistle? Huh? Via the Oregon Flute store: 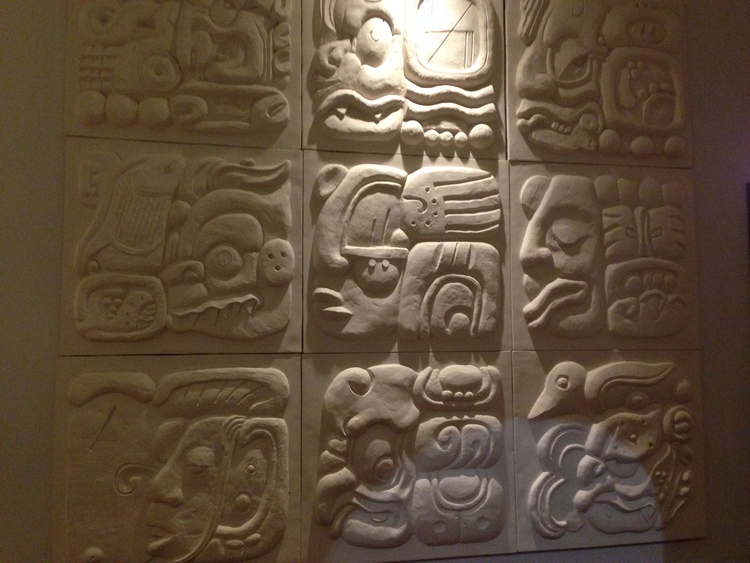 When we last visited the Chipotle Mexican Grill saga, the issue was the inability of the food chain to find any Latino writers to feature on their writer-decorated packaging.

Have they learned? An observant blogger and Mayan art geek in Philadelphia visited a Center City Chipotle Mexican Grill location and did a quick double-take when he saw the bas-relief artwork on the walls.

Mas…The Chipotle Diaries: Is this pseudo Mayan ‘art’ a tribute or ripoff? 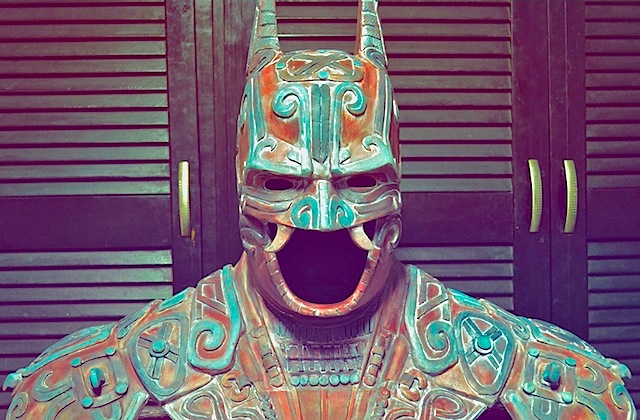 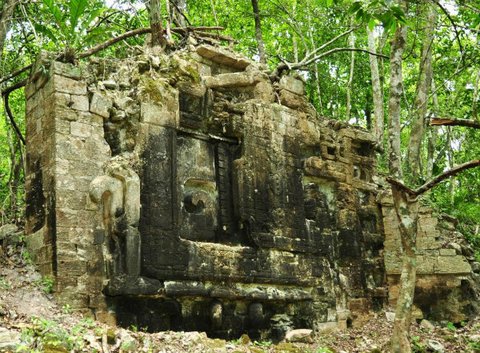 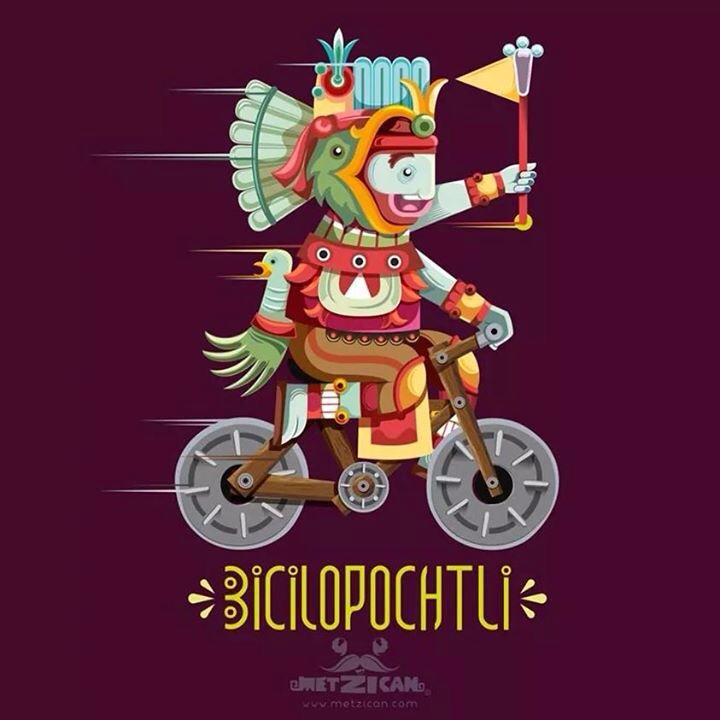 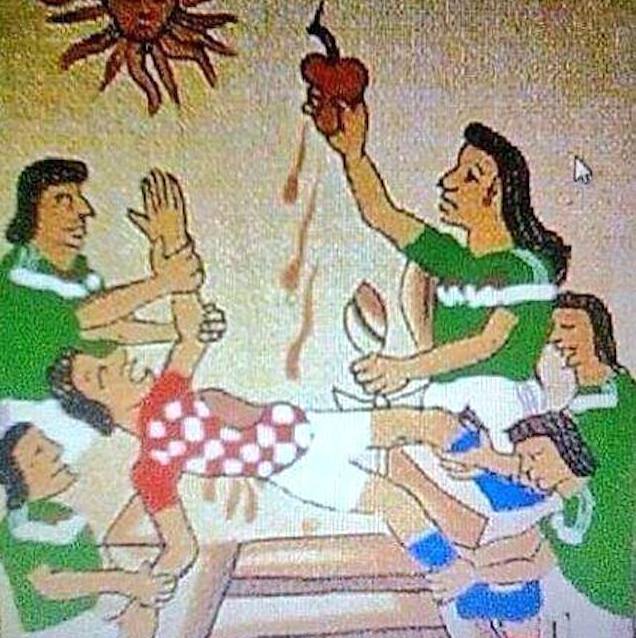 Popcorn — palomitas de maíz — was discovered-invented-perfected in Peru circa 4700 BCE, the very first domesticated corn product. Watch how the corn pops, up close and personal.

The Aztecs and Mayans released the magic of chocolate (originally, xocolatl) to the world, only to lose the industry to Europe. Now, growing and processing chocolate in Mexico is virtually an An Act of Resistance. Video by The Perennial Plate. To find out about food tours like this, check out Intrepid Travel. 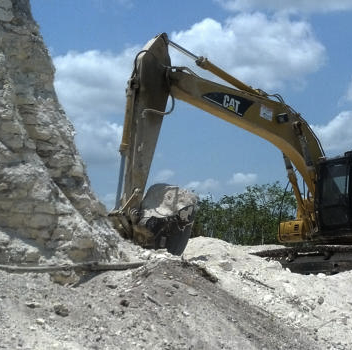 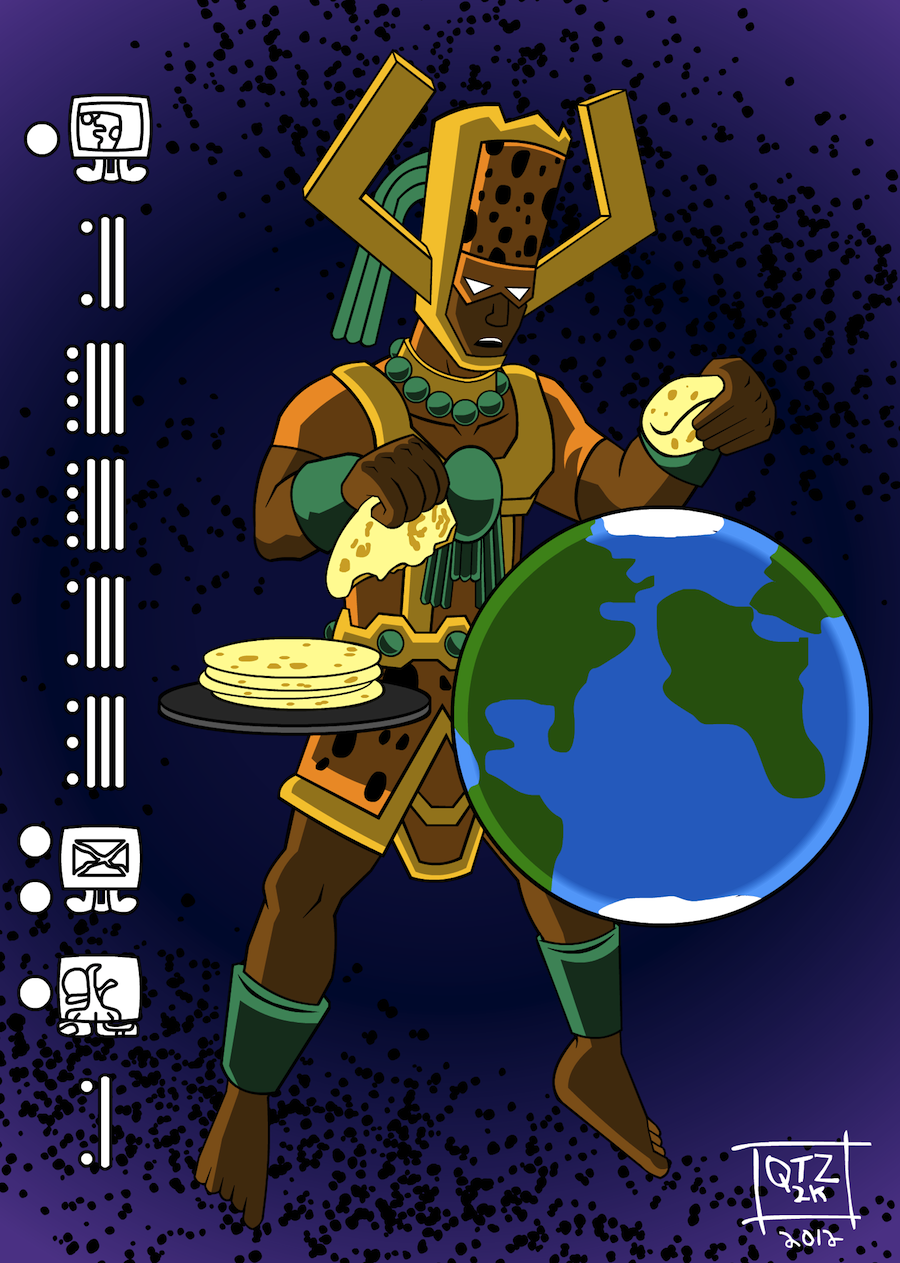 Mas…Mayan Galactus ends the world as we know it (toon) 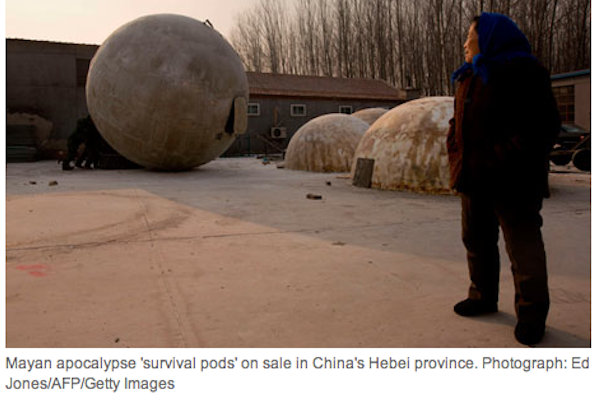 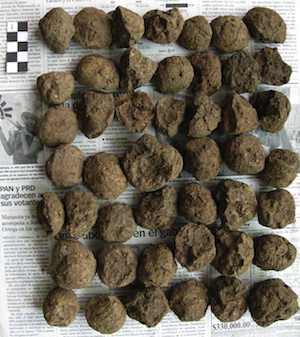 The ancient Mayans cooked their food with balls, according to recent archaeological discoveries.

The 1-2-inch clay balls were unearthed at an excavation of a kitchen at Escalera al Cielo in Yucatán.