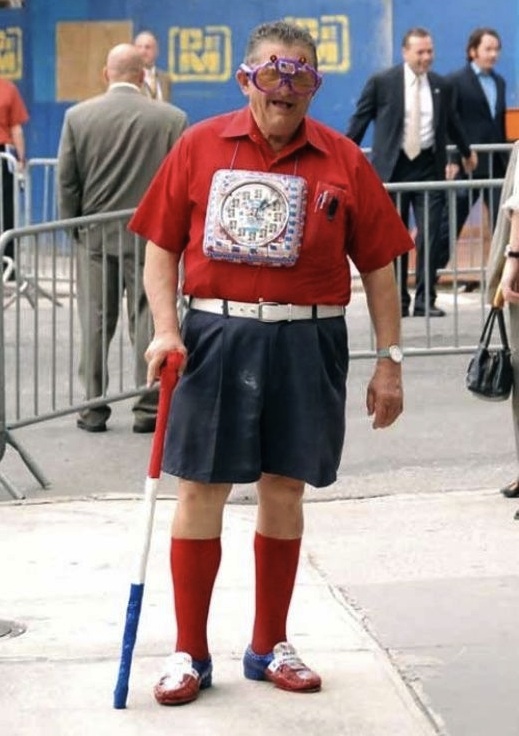 (PNS reporting from WASHINGTON) Older undocumented immigrants have been trying to pass as youngsters so they can qualify for the Obama Administration’s new Deferred Action program, PNS has learned.

On Thursday, several elderly immigrants were hustled out in the Denver, CO immigration office trying to fake the required cutoff age of 30.

ICE reported that they found one viejito, known only as “Chavo,” hiding inside a barrel and dressed in in a striped shirt, red suspenders, brown khaki shorts and a propeller hat. ICE told PNS that the man was malnourished and kept asking for ham sandwiches.

“This guy was like, 75 or some shit. He looked completely ridiculous. I asked him what his problem was and all he could say was he was hungry and could I get him a sandwich. I’m glad I retire next year, I can’t take much more of this crap,” a Denver ICE agent told PNS.

A 90-year-old woman and her husband were yanked out of line in at the DHS office in Dallas.

Authorities noted that she was dressed in identical pigtails, large black frame glasses and she had painted freckles on her face with a Sharpie marker.

Immigration officials became suspicious when they noticed her oxygen tank and walker. Her husband, who gave his name as “Ñoño” was clad in white knee–high socks and giant green overalls stuffed with pillows to make himself appear overweight.  EMS was called due to the man fainting from heat exhaustion.

In New York City, immigration officials were baffled by a 103-year old man going only by the name “Quico” who was dressed in a child’s sailor suit and a rainbow colored beanie. The man was reported to have been screaming about his friend Chavo, who he claims  is a DREAMer that will be granted deferment.

“I’ve never seen anything like this. I mean, I know people want to stay in this country but this is ridiculous! This guy has a pacemaker and a cane for crissakes!” one official told PNS.

Immigration offices from coast to coast have been told be on the lookout for other elderly immigrants trying to pass for 30 years of age or younger. Suspicious items of clothing include anything with Justin Beiber’s face, Crocs, jeggings and louvered sunglasses.