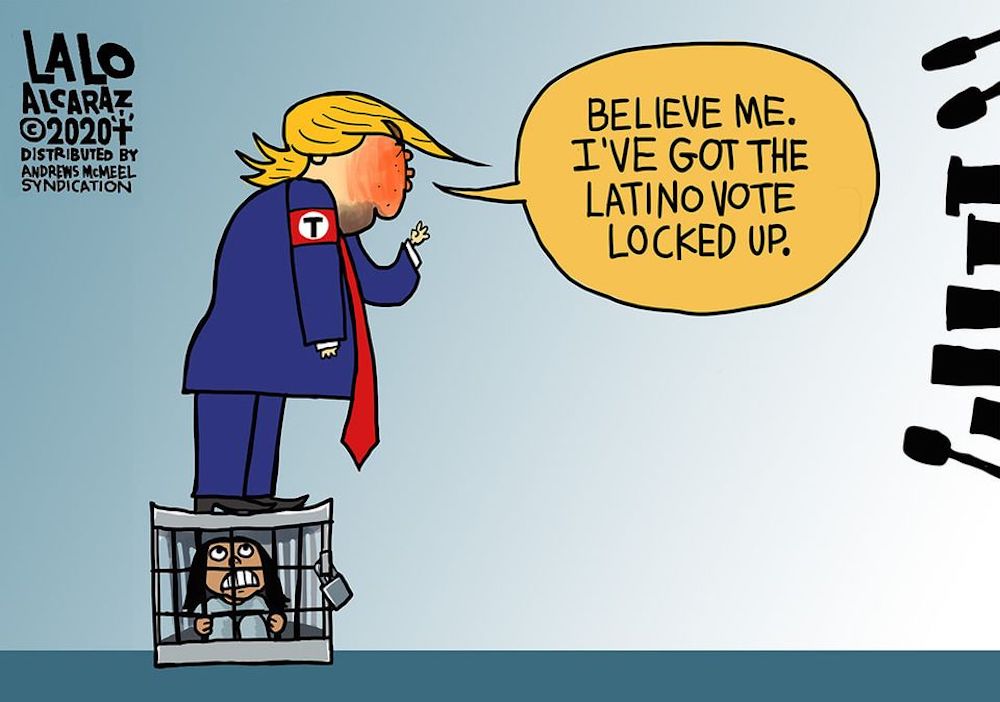 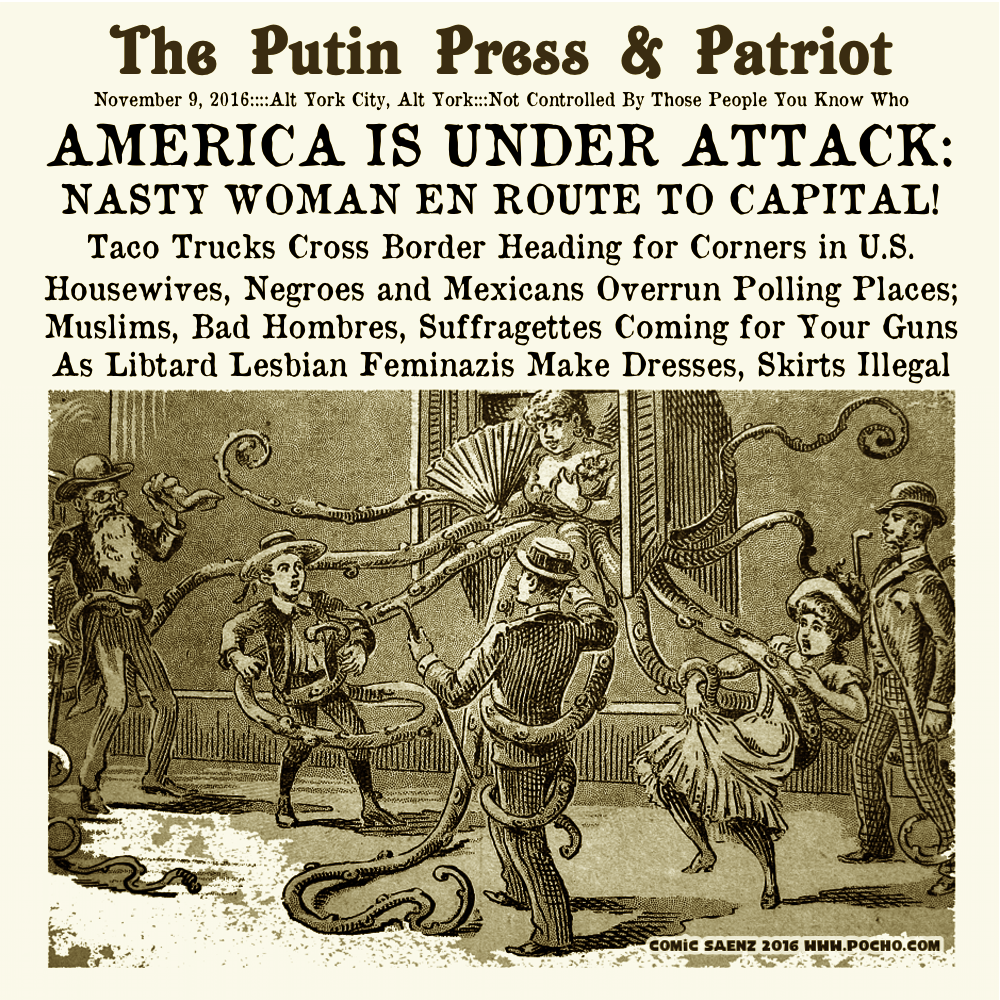 (PNS reporting from the ALT YORK CITY, ALT YORK) The Wednesday issue of the local “Alt-Right” newspaper — The Putin Press & Patriot — was prepared to report a Hillary Clinton’s election victory as an “attack” on America, PNS has learned (photo.) [Editor’s Note: A “newspaper” is an pre-Millennial period analog instantiation of intellectual property — i.e. “content” — fixed on a physical medium comprised of a data-carrying chemical reagent and processed dead trees.]

Ignacio Padilla was always Republican; he even served as treasurer of the party in New Mexico. But everything changed when Trump became the party’s nominee. Padilla started making Trump piñatas and was fired. Now he gives people in Santa Fe a chance to hit Trump. 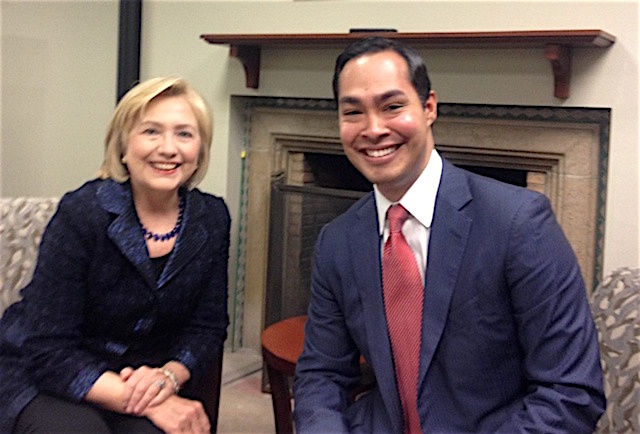 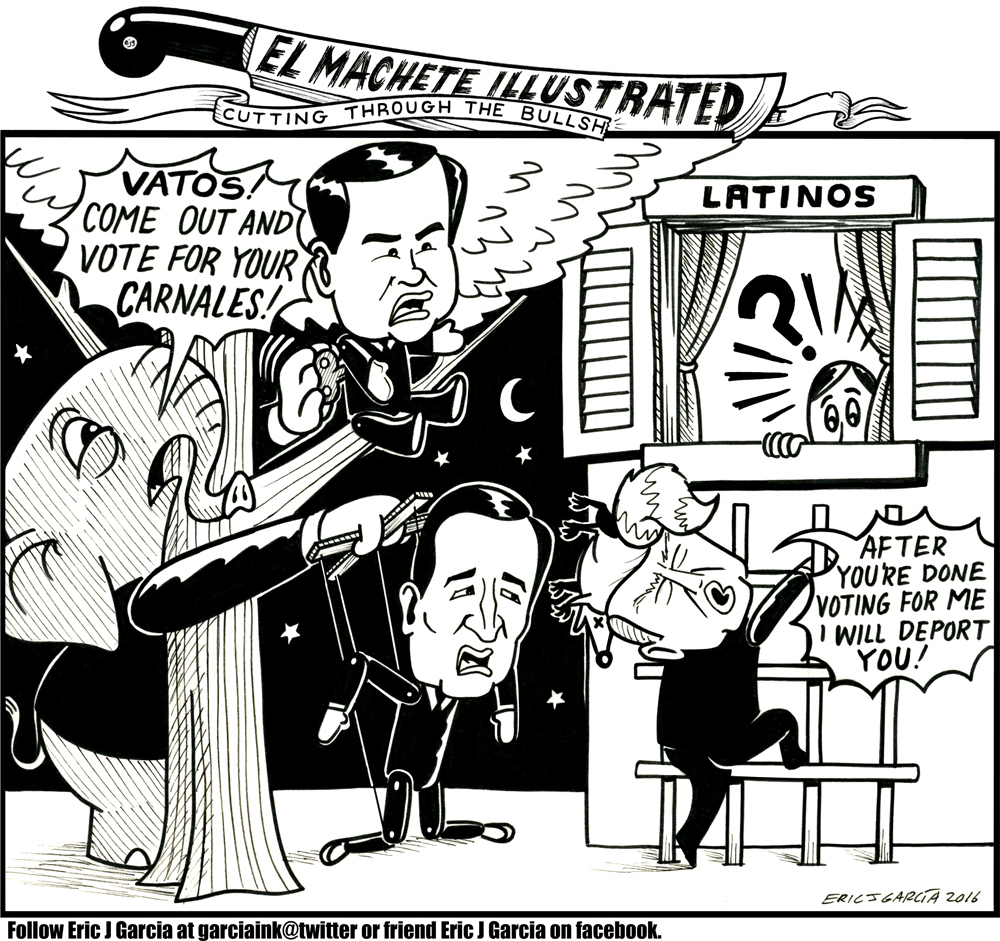 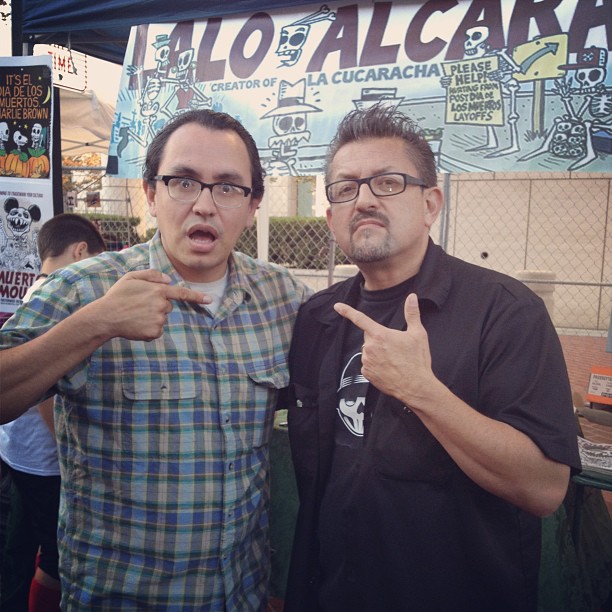 When he makes his presidential run in 2020, Kanye West is not gonna alienate potential Latino voters like Trump, oh no he won’t. 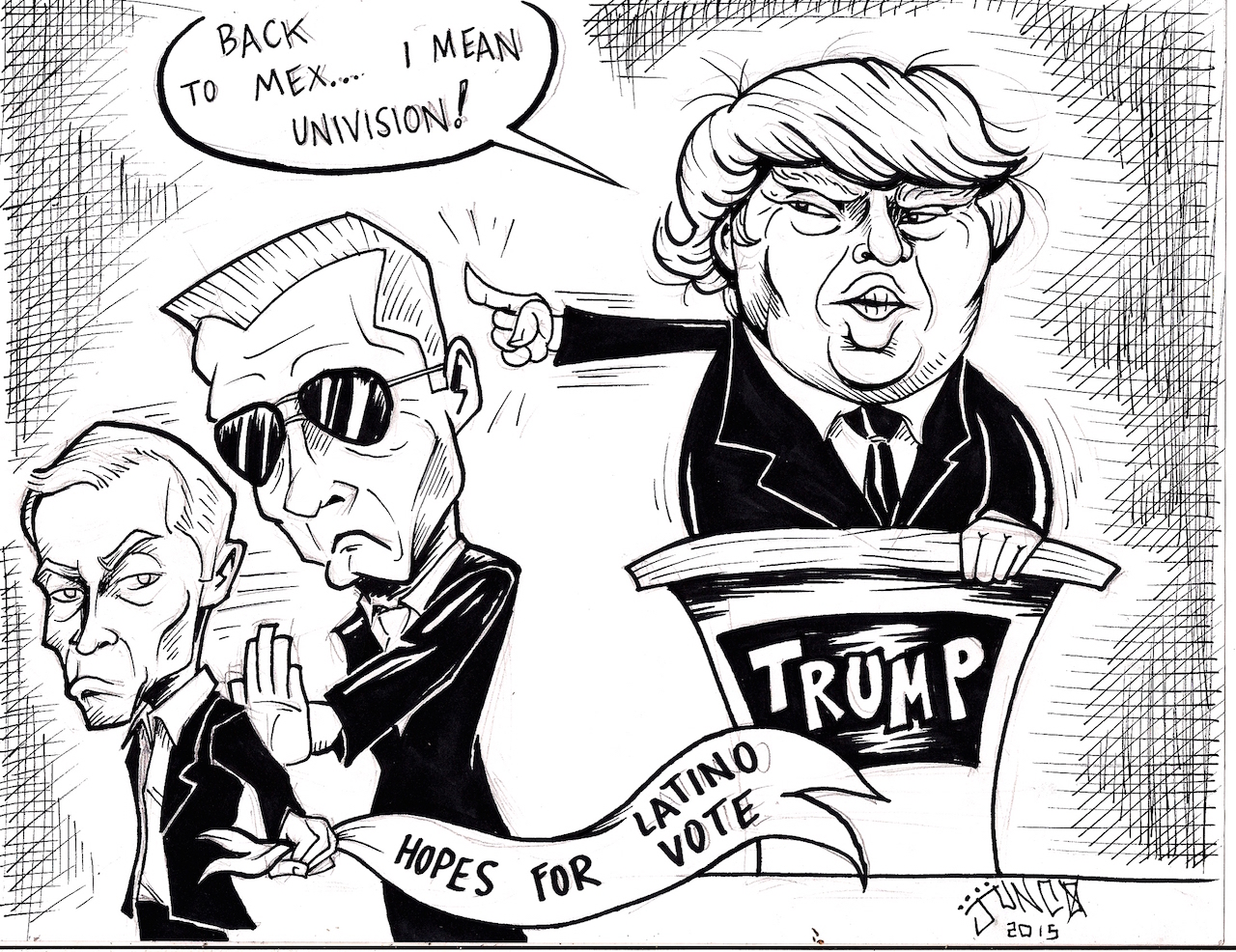 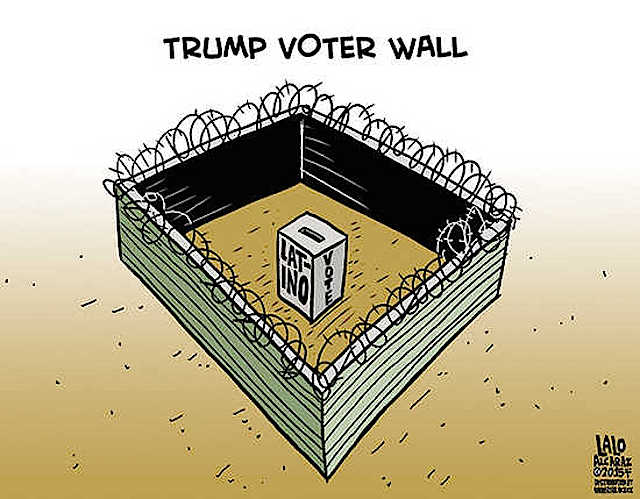 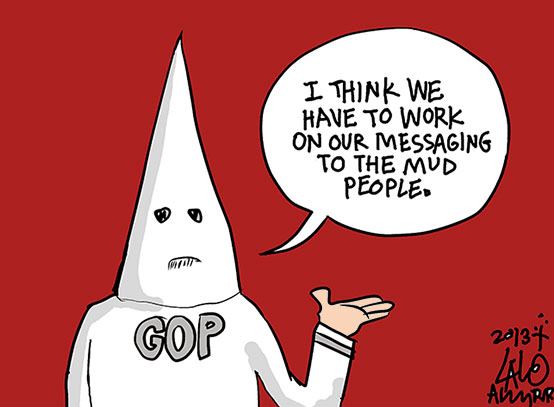 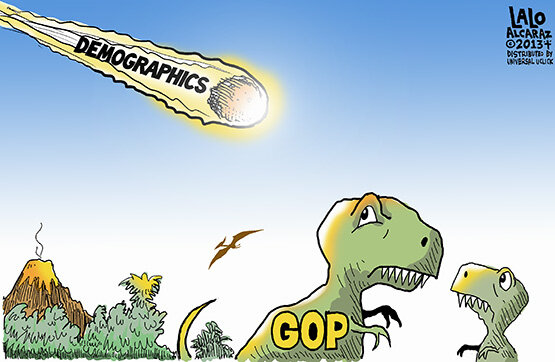 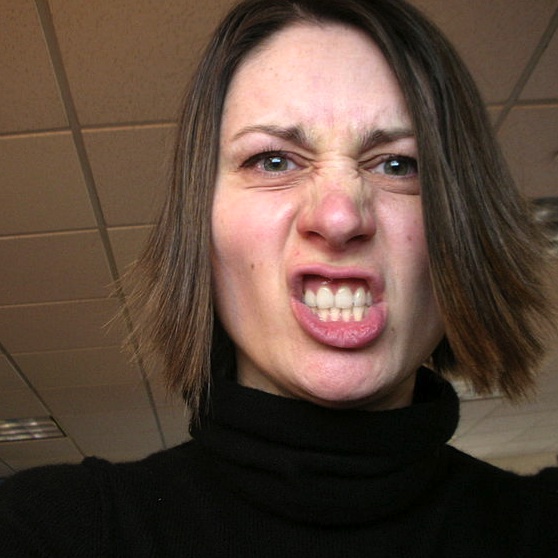 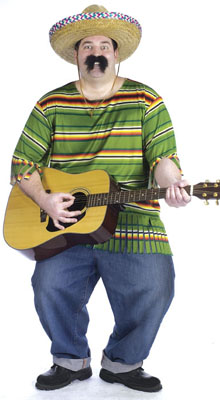 Since the election, all the cool guys want to be Latinos and maybe you do too, Mr. White, Non-Hispanic-American. We understand, but we want to make sure you don’t go overboard. Peep our pocho ocho ways you might be Hispandering:

8. Goodbye iPod, hello maracas
7. Your name is now spelled Bíll Coñnelly
6. You call the guys in your golf foursome “mi gente”
5. You lower your Prius
4. You change your name to Geraldo
3. Lifetime membership in Chest Hair Club for Men
2. Complain “it would be easier if I were Latino”

And the numero uno way you might be Hispandering is…

You only date women with unibrows. 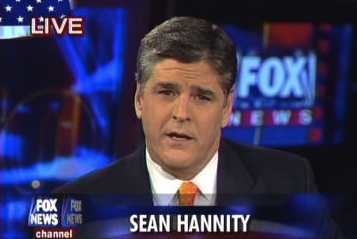 Former anti-Latino pundits and politicians who for years went out of their way to make life miserable for Latinos are now succumbing to what scientists believe may be a viral condition.

“Almost immediately after the election — which may have been decided by the massive Latino vote — reports began flooding our offices,” Robert McLean, Director of Public Health Outbreaks at the Centers for Disease Control in Washington, D.C. said this morning at a press conference.

“All across the nation an increasing number of white men have expressed a new need to reach out to Latinos,” he said.

I made this poster four years ago and today seems like a good time to re-run it. It’s a big, long illustration, so if you’re seeing this on the home page the entire graphic is below — and you can click on the image for a bigger version.