That Judd Apatow show had only white people in Echo Park as leads, and the “one day at a time” show, can’t cast Mexicans, I guess Cubans are more “digestable” pos as someone famously said you could throw a rock in the air and it will most likely land on a Mexican, a Guatemalan, a Salvadoreña/o”, but we are the other, and constantly reminded, White is the norm and we are the help, the dreaded rapists, cholos and welfare moms you wanna build a wall around only when you don’t need us, you wear Selena, and eat tacos and listen to our música, but that’s it, get a job, and stop whining and so what if we took down the murals and “improved the neighborhood”, too bad you can’t afford it, you didn’t work hard enough ok? And the giant chip on your shoulder is not my problem, and get over it, and honey you could pass for white, and doesn’t that make you feel better? And I can walk around the neighborhood and speak in Spanish and be seen as a señora, and I can sit at a hipster bar and not give a shit, and I can still give a shit, and I can have $50 left in my bank account and still order a $16 mixologist fancy paloma trago, and go outside and buy Elote for $1.50, and it’s in these famous borderlands Gloria Anzaldua so beautifully explained, that I constantly live in, “ni de aqui, ni de alla”, siempre in between, generational wealth is not our thing, and I speak in Spanglish, and I’m from south east La, via Chihuahua, and we listen to banda and Tupac, Maná, and Belle and Sebastian, and that giant tortilla chip on my shoulder was placed by you, and me and society, and todos, and no I can’t be a racist because I have no power over you, and you can’t talk about my brown body, cuz it’s not yours, it’s mostly mine, and my beautiful brown kids are growing up and noticing, and watching as I ask for permission to breath, to take up space to exist, and that’s not what I want for them. We sat at the movie theater in Rancho Cucamonga and I counted all the people of color in the theater, cuz it’s no secret we Latinx love watching movies and continue watching them even though none of them are about us, and I did an Amelie move watching all the smiling brown faces, and my nephews and nieces, my Jewish prima in law and her kids watching Coco, and watching us on the big screen, and familia and abuelitas and bis-abuelitas and guitars, and men leaving town to chase their dreams, and abuelita’s pantunflas, and the dreaded chancla, and it left me sobbing and validated, cuz my abuelita has pantunflas all the time and never wears pants, and doesn’t say much and has miles of beautiful arrugas and soft skin, and age spots and a little patch of grey hair, and she’s our beloved Abuelita, cuz we never had a grandpa, but he was also a musician and he played the clarinet with a banda, and even though we never met him, we know him. And he didn’t leave us, violence took him from us. And we are a female clan of strong Mexicanas, americans, mojadas, y we belong here también. And at these times I am reminded and uplifted by my faith in us. It was a full house and we got nauseas sitting in the first row, sea sick, and homesick and a small pang in our stomachs and throats for our homeland, and cuz of the giant I-Cee and popcorn, and a small empacho brewing, we got a little morning sickness for a small glimmer of hope being birthed, and we all clapped at the end for us, for community and for our ancestors and for our culture and for a little faith, even if Disney, the evil empire, made a shit ton of money we won’t ever see, it was a moment. It was our moment. Cuz we’re hungry for our stories and our experiences to be seen too. 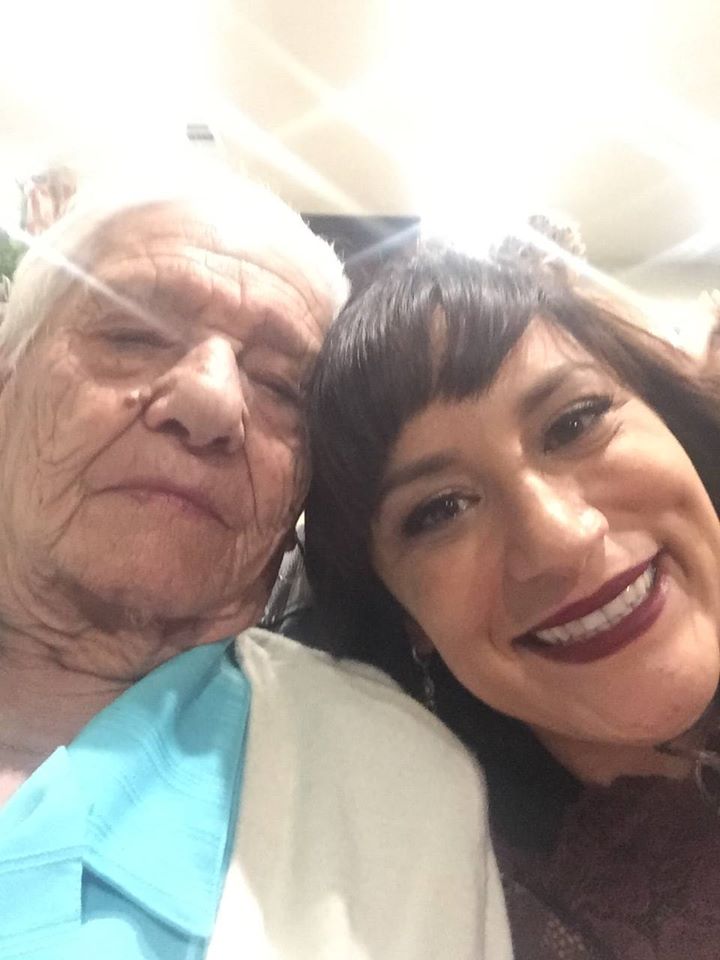