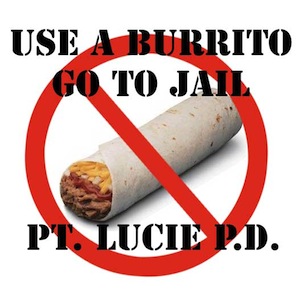 Eric Brown, 36, of Pt. Lucie, FL, is awaiting an arraignment for “assault” because he allegedly threw a Taco Bell burrito in his 16-year-old brother-in-law’s face.

Just so you don’t run afoul of the Law of Burritos, make note of the pocho ocho things you should never EVER do with a Taco Bell burrito:

7. Use it as a suppository

6. Mix with papier mache to make a piñata

5. Let your abuelita know you purchased it

3. Use it as a substitute for foam in tuck-and-roll upholstery for your ranfla

2. Speak with it in Español 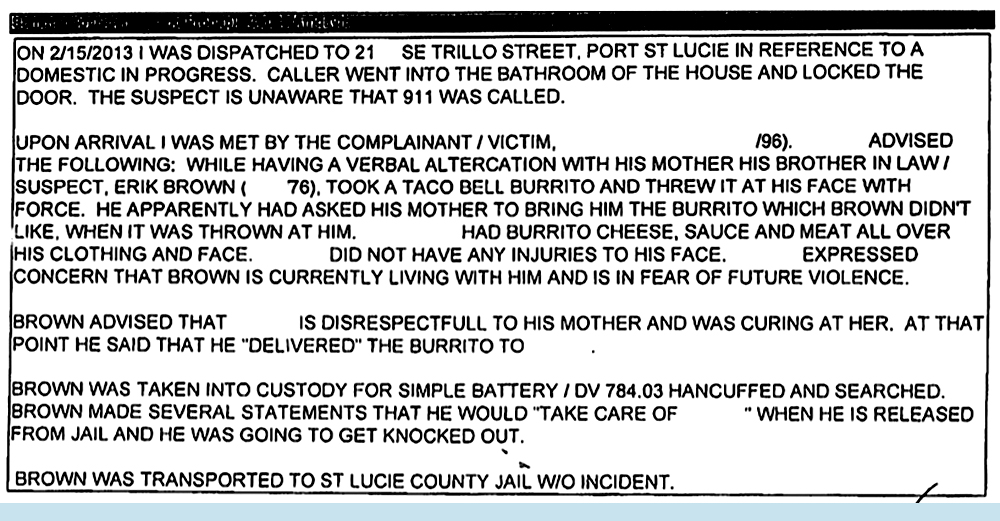