She is believed to help with safe child births, the production of breast milk, and even curing breast cancer. Built in 1678, the shrine became famous due to a now dead weeping cherry tree, that grew nearby.

Most women come to Karube Shrine to pray for a safe child birth, abundant lactation and breast cancer healing, but there are those who ask the Goddess of Breasts for a bigger bust.

Those boob-like things that decorate the shrine’s interior are Ema, small wooden planks, where worshipers write their prayers and requests, in the hope that the god receive them. They cost about $21, and can be ordered online, if you’re interested.

The breast fountain, side view: 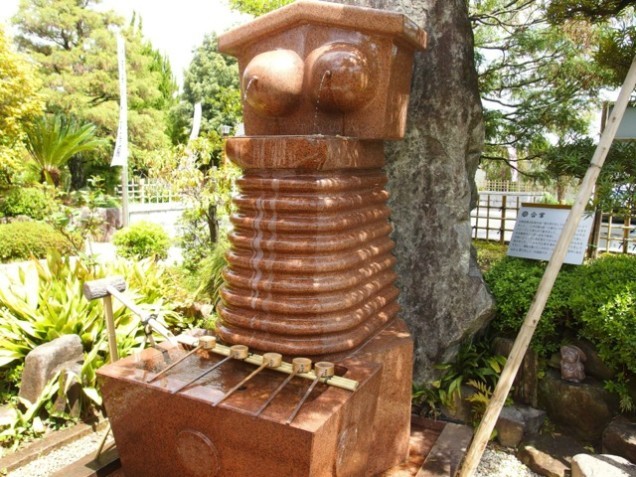 Worshippers write down their requests on Emas: 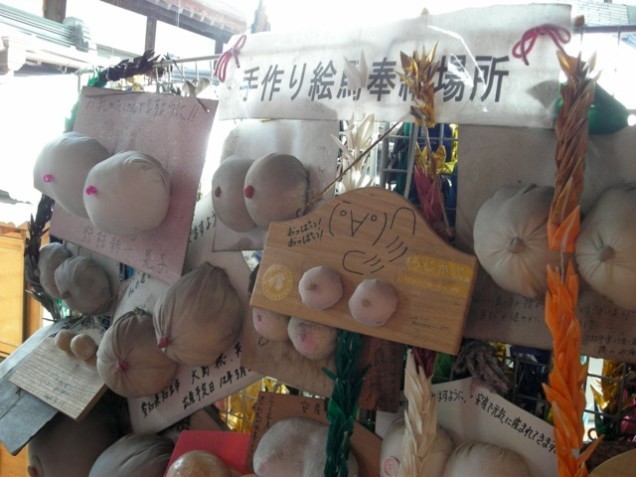 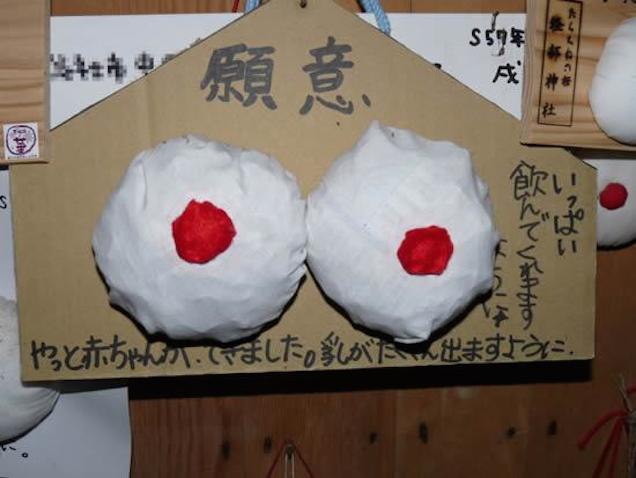 And burn incense an an altar: 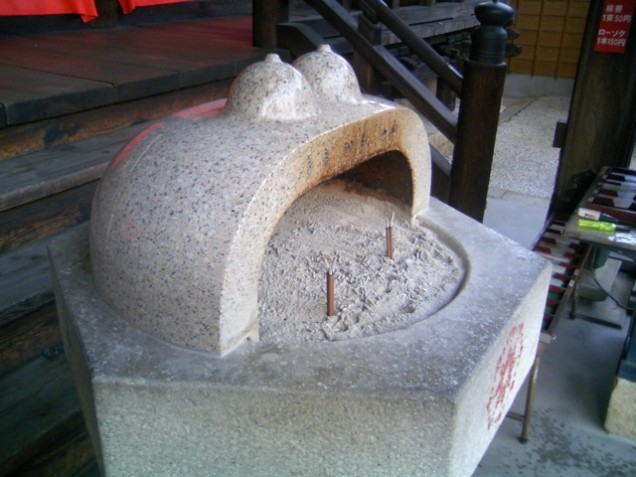 PREVIOUSLY ON ODD STUFF FROM JAPAN: